My name is Christian Mitchell. I am a momma, homemaker, full time student, and a master aromatherapist in training. I have one lovely baby girl who is almost thirteen months, and It is an unexplainable adventure to watch her grow every day. We tend towards the “crunchy” side, with cloth diapers, attachment parenting, babywearing, and nursing. I’m so excited to write for Ridge Meadows Doula Services!

I found out I was pregnant on April fools day. After drinking enough diet coke for four different pee sticks, and my jaw going through the floor after reading the positive results on each one, I resolved to the fact that I was indeed pregnant. I went through the usual things, telling my family, (this was kind of a huge deal because I wasn’t married, and my boyfriend and I had only been together for seven months) puking my guts out, crying all the time, almost passing out in a nice and steamy shower, and only wanting to eat curly fries from Arby’s. But more important than all of these things, I decided I wanted to breastfeed.

I began reading everything I could get my hands on. I went to Googling. “How to breastfeed” and “Benefits of breast milk” were among my popular searches. I watched tons of weird YouTube videos of strangers’ boobies (yes, areola and all). I was so into them, I couldn’t believe why on earth, when I tried showing the really good ones to my then boy friend, that he was so creeped out. I actually remember taking offense.

Flash forward about six months. I was eight days over due. I was induced. I laid in that stupid hospital bed for 19 hours, only to hear that I needed a c section. I obliged. My boyfriend suited up in one of those sterile suits that I was convinced was made out of large paper towels, and couldn’t understand how they got the zipper to stay in. About thirty minutes later, we heard for the very first time, the little cries of our precious baby willow Mae. It was huge. It was monumental. It was life changing. They stitched me up, and our little family zoomed away to recovery. Then came the big latch on.

This was also monumental, but when I say this, I am mostly referring to how huge my boobs are. Like seriously, if you made the size of Texas into a bra size, I’m pretty sure it would be too small. Anyway, I was ready. I knew how to do this. I knew all the scientific facts. So, there went the drum roll as I put my little nursling to my breast. I was appalled. I was bewildered. My little willow wouldn’t latch. I asked the nurse for help. She didn’t know. She was very brisk. I kept trying and trying. We moved to the mommy and baby wing. I was frantic. My baby wouldn’t latch, she was screaming, and I needed help. Aided by my new nurse, I finally got her latched on. But it hurt. It was painful. And I knew from what I read and watched, that it wasn’t supposed to be.

The next morning, we received a visit from a lactation consultant. She assessed the problem. I learned I had flat nipples, and that this was a pretty normal problem in women with Texas sized boobies. She told me I would need a nipple shield. She fitted me, and whisked away to the supply cabinet. I had no idea what a nipple shield was, and in all the research I did, never once did I ever read about women who needed a nipple shield. The lactation lady came back, and she ever so gently helped me put the nipple shield on. Willow latched right to it. Who would have thought that some funny shaped silicone would be a life changer. She latched. She latched! We were nursing. We were doing it.

When Willow was about ten days old, I started feeling guilty for having been using the nipple shield. I kept hearing all this hype about how important it was that babies were skin to skin with their momma’s while nursing. And the nipple shield had become some what painful. So, I took the plunge. I decided no more nipple shield. The next few days were a blur. I cried. Willow cried. No one slept. No one got along. Everyone was crabby. I felt like I had received “worst mom of the year” award. It was awful. Nursing without the nipple shield was more painful than ever, and I was at my wits end. But I didn’t want to give up. My mom suggested I call a la Leche league person. So, after some hesitation, I decided I had absolutely nothing to lose, and we called her. Her name was Marty. I remember because as soon as I heard her voice on the other end of the line, I burst into tears. She kept saying, “hello this is Marty.” And I felt like such a dummy for crying. For almost ten minutes I cried. I asked her for help. I told her my problem. She told me to use the football hold, and to try to relax. She told me that if nursing is painful, then it is more than likely a problem with the latch. She explained what a proper latch should look and feel like. And she also told me not to feel guilty about using the nipple shield, and that most babies would eventually wean themselves.

After three days of this blurry cry fit, I finally had some real help. I took a deep breath, woke my baby from nap time, put on my nipple shield and latched my baby girl on. I was doing it! We were doing it. I applied all the “Marty” techniques, and it wasn’t painful. It was a relief. And about four months later, my little willow did wean herself, and we were skin to skin. And it was beautiful. 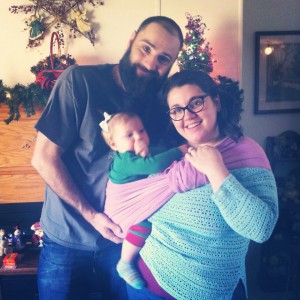 Warning: Invalid argument supplied for foreach() in /home/doulagurl/public_html/wp-content/plugins/visual-form-builder/public/class-form-display.php on line 241